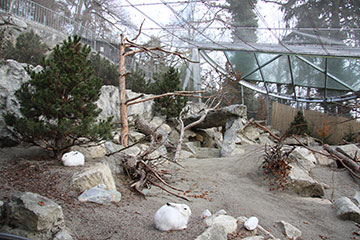 Enclosure of the Black grouse 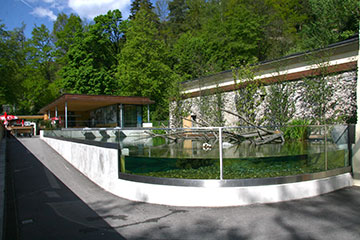 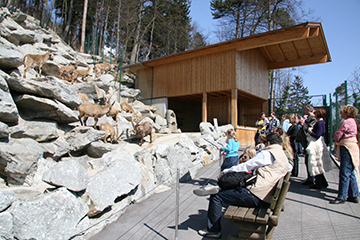 Enclosure of the Alpine ibex

The Alpenzoo has changed a lot since the year 2000. The zoo itself has grown and now covers an area of 4.1 ha. With the financial support of the Tyrolean government and the city of Innsbruck we have not only been able to renovate existing enclosures and aviaries but also to construct new ones based on a modern concept of animal keeping.

We have accomplished a great deal in the course of the past decade. A show farm exhibiting endangered breeds of Alpine cattle, sheep, pigs and goats (2000), a large going through aviary for the critically endangered Northern Bald Ibis (2002) and new enclosures for the European Brown Bear and the European Bison (2003). An alluvial forest, a Raven aviary and a large rocky enclosure for the Alpine Ibex were added between 2005 and 2006.

The "Innergschlöß" – an aviary representing the Alpine zone was opened in 2007. It is home not only to the Bearded Vulture but also to Marmots, Snow Hares, Snow Finches and Rock Partidge 2012 we could finish a large Alpine Lake cold water aquarium. In 2016 we opened the restaurant "ANIMAHL". In 2018 pine martens moved into their new enclosure. In the same year a GEO nature trail was opened, which gives insights into the origin and special features of the Alps. Since June 2018, the "SUMSI World" has been providing information about the honey bee and its numerous relatives.